Returned from Ruby Kaigi last weekend. The conference was held in Tsukuba International Convention Center and attended much of the enthusiastic ruby community (including Matz, Chad Fowler, Charles Nutter, Yehuda Katz et al). Had a blast presenting ‘Rocking the Enterprise with Ruby’.

Of all the sessions I could attend I liked Matz keynote focusing on the direction of Ruby 2.0. Especially the focus on mix-ins, issues with module mixins and list of ancestors. Class-boxes also looked a very interesting concept. Makes me want to use ruby 2.0 now. Based on the timeline discussed it is on track to be released sometime in 2011. (Ruby 2.0)

I also liked the treatment of metaprogramming handed out by Paolo ‘Nusco’ Perrotta. A delightful presenter who can draw great illustrations as well as explain the issues in ruby programming very well. His message ‘Look at source code from projects to learn what they are doing’. Also, he concluded that what works in Ruby works because of its design (metaprogramming, mixins) may not work in Java/C#. So when you come to ruby you may have to change the way you think.

Very enthusiastic response to lightning talks (in fact entries to lightning talks were closed even before the start of the conference). Youngest ruby programmer (Shota Fukumori @sora_h) who wants to change ruby internals with his gem ‘few’ and babushka by Ben Hoskings were my favourites.(Lightning Talks)

The conference was organised very well, with an unofficial and official party on Friday and Saturday. Thanks to everyone who worked to make this a success. 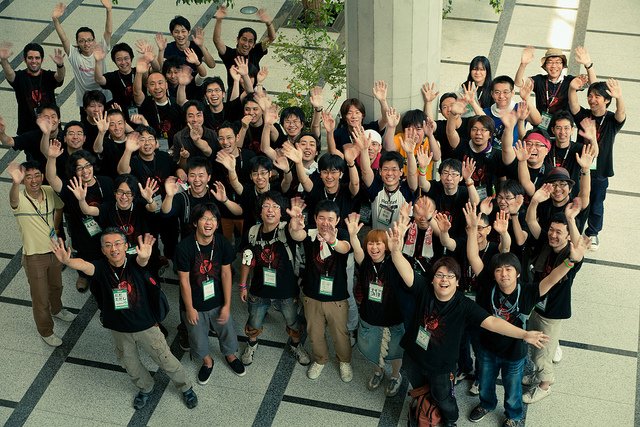 Hi, I am Sudhindra, I like to talk about technology and help people build software at a sustainable pace. If you like what you read here follow me on twitter.
Ruby Kaigi 2010 - Rocking the Enterprise with Ruby
Software KVM that works on linux, OSX and Windows